Every year as Christmas approaches, knowing the deluge to come, I get the urge to sort through the kids’ toys. We have sorted through toys several times already this year, and as the kids get older (and their toys get smaller), they slowly occupy less space in the house. Now that they all can play independently in their rooms or in the basement, we are gradually reclaiming the family room as a space for ALL of us, not just toy storage. Little Four (who will turn five next week) is the only one who clocks a lot of time playing there, and these days it’s mostly building with Legos or writing cryptic messages in his assortment of notebooks. 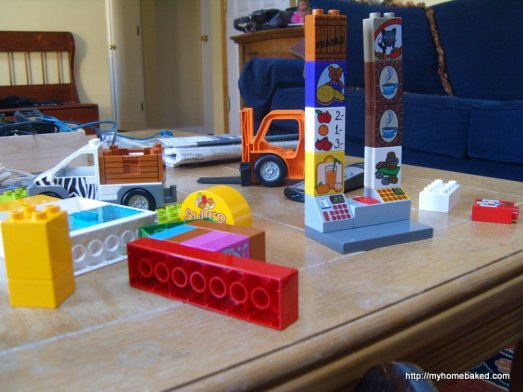 Still, we had baskets of toys shoved in every corner, and they were all mixed up–dominoes in the Legos, barrettes in the marble run, Nerf darts everywhere. Stir in some broken crayons, candy wrappers, broken junk from Chuck E. Cheese/birthday party goodie bags/Happy Meals, and a handful of stray puzzle pieces, and you get the kind of stew that festered in each basket.

While the kids were at school yesterday, I dumped every basket out on the floor, vacuumed out the baskets, and sorted all the stuff. I boxed up a few things to donate, hauled lots to the basement play area, and reorganized toys into more appropriately sized containers. A few things went straight to the trash.

It was cathartic. Little Four came home from school, played nicely with several different toys, and put them all away when asked. The Hub and I were able to stretch out in front of the tv after the kids were in bed without first having to clear a space among the wreckage and fish for the remotes under the cushions. 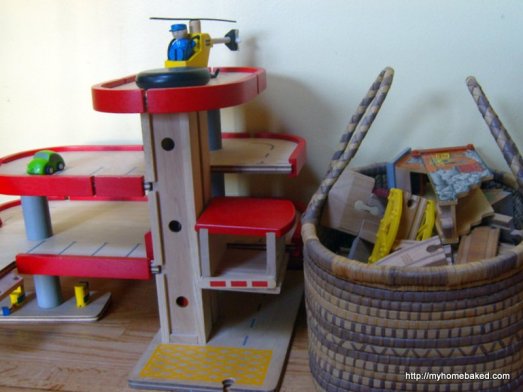 I know it will devolve into chaos again. And again. But I hold out hope, especially since I only found a single item belonging to Mr. Nine in all the mess, and aside from a large handful of hair accessories, only a small bag full of things belonging to Miss Seven. I know, pretty soon they will all hunker down in their bedrooms and never come out. I should enjoy this time when they still want to play nearby. I do. I just enjoy it more when it’s tidy.

So that was Step One in the family room. Step Two is the game and puzzle cupboard. Maybe today? Step Three involves decor decisions that I don’t want to think about, and probably won’t until after Christmas. At least now there is room for a Christmas tree. 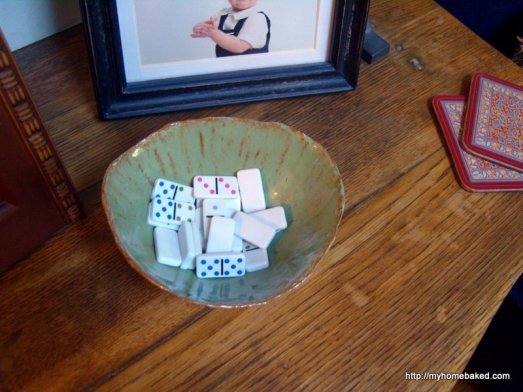